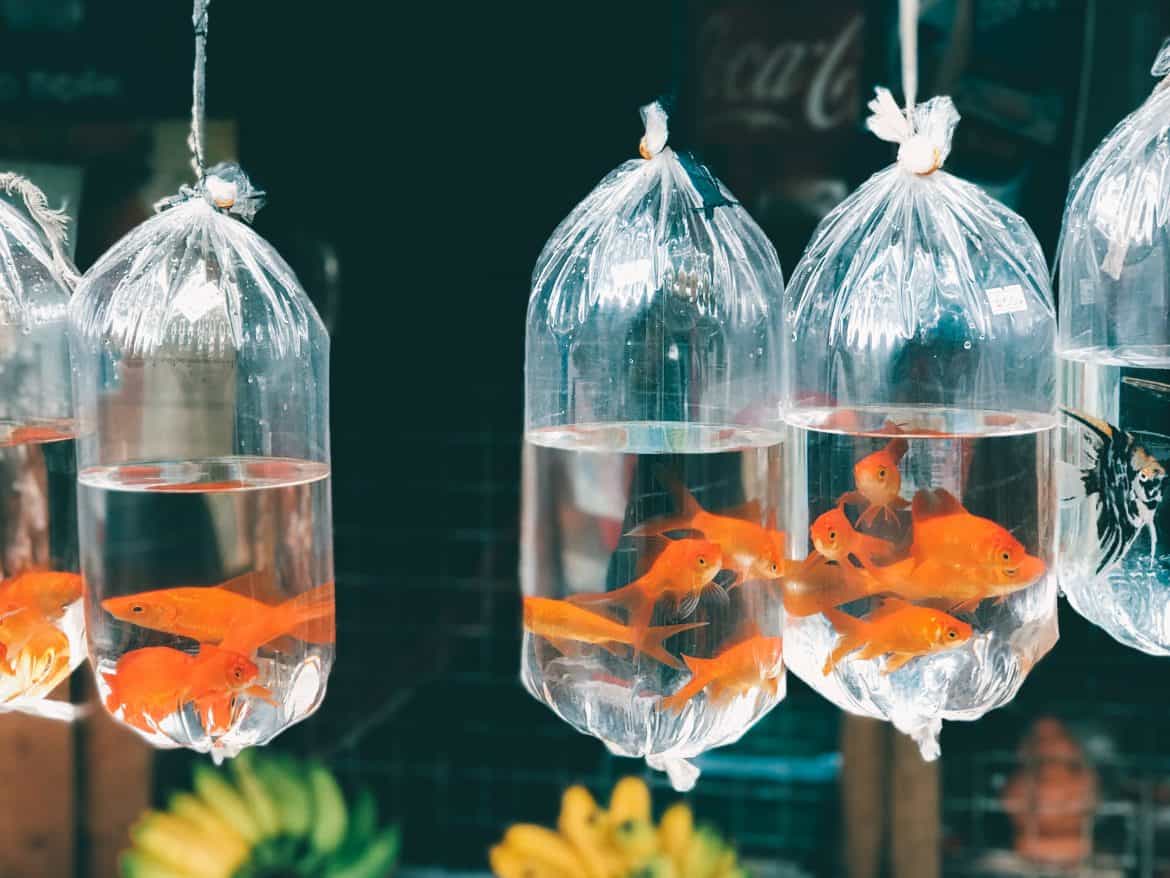 What a GIANT goldfish taught me about life

I’m 14, and my bratty sister is 10 (OK, I added that bratty part just to ruffle her feathers, she’s actually pretty OK). We are at the county fair and she is about to try to toss a ball that is hollow and as bouncy as a (quick, insert something really bouncy here) into an impossibly narrow mouthed glass to try to win a goldfish. I stand back and scowled, and probably rolled my eyes at the balls flying everywhere but into the glass. I am pretty sure she misses each toss, and the man running the game- all hairy chested and sweaty- feels bad for her losing her money, and graciously gives her a goldfish anyway.

I had also won a goldfish at a different game (fair and square I might add), and I wasn’t the least bit jealous of her goldfish!

The rest of the evening was spent toting our fish around and poking the bags every now and then to make sure they hadn’t died from the stress of being sloshed about!

Much to our mom’s joy (I’m sure), home we rode at the end of the night with our goldfish in tow.

In the weeks that followed, my goldfish croaked, and hers grew.

In fact, that thing grew until it was at least 10 inches long!

Now, to the population of fish enthusiasts out there, 10 inches may not be anything to shake a fin at, but seriously, I had never seen a goldfish that freaking gigantic! Still haven’t to this day!

After a proper ceremony and flushing of my own beloved goldfish, I took to hers and claimed him as “our” goldfish.

At this point, it seemed like he was a family fixture, rather than a delicate and easily disposable pet, and we knew we should probably give him a name!

That goldfish- which we ridiculously named “Cat,” was a survivor!

He literally survived for years (at least 5) and defied the odds against disease, frequent poor water conditions (because, teenagers), and a partially destroyed tail fin!

I am so glad that he survived actually, because flushing him may have clogged the plumbing and made for a terribly disgusting story to have to explain to the plumber/animal rights group.

The truth was, I kind of loved that goldfish, and so did my sister. I think even my mom eventually found some feelings for him over the years.

In his early years, when we realized that he was not going to stop growing, we had to supply him with a larger tank. And for years he lived in a 50 gallon tank, happy as a lark. After all, he had the place to himself, he got all the fish flakes he wanted, and I think he made friends with his own reflection!

As time went on, my sister and I were growing up and were around the house less and less. It seemed no one had time for poor ole’ Cat anymore. So my mom found him a home with a friend. We were sad to see him go, but happy to learn that his new home was a large backyard pond with a water feature! To my knowledge, he lived at least a few more years swimming happily in that pond, probably happy to have some other fishy friends to hang with.

The days of taking care of that wonderful, gigantic goldfish were over, but the lessons that he taught us would never be forgotten.

So go and start looking for those amazing and awe-inspiring lessons that you are probably missing right there in your own lives! Most of us are blessed beyond belief, and it only takes a trained eye to see that God is teaching us things every single day that we wake up!

Welcome to my blog! My name is Amber, and I think most of motherhood is pretty simple!  Here you'll find simple inspiration and stories to help you through your journey of motherhood and raising kids! To learn more about me, click here. 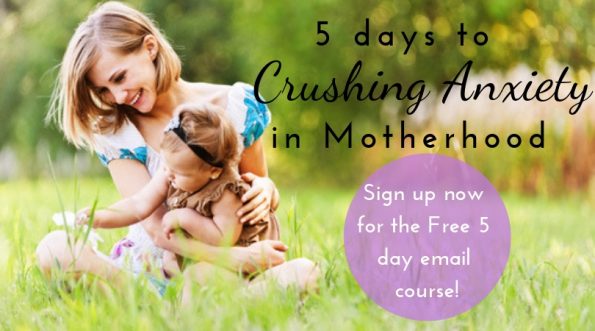 Explore and download some printables that will inspire the pants off of your motherhood!